ESMA and the CdT: a solid and fruitful relationship 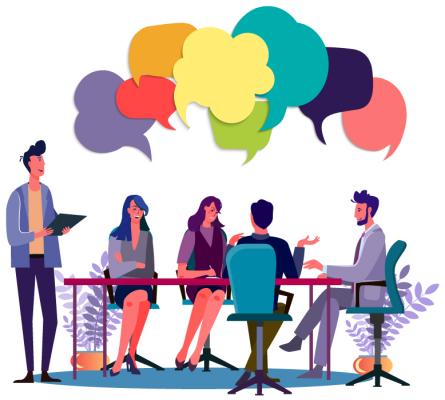 Meeting clients and strengthening or confirming bonds is one of the regular, pleasant tasks of the Translation Centre’s Director, Ms Ildikó Horváth.
Body
Image 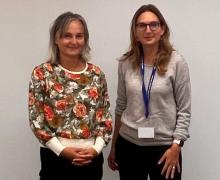 On Friday 16 September, Ms Horváth, accompanied by Mr Mauro Bubnic (Head of the Translation Support Department), paid a visit to Ms Natasha Cazenave (Executive Director of the European Securities and Markets Authority (ESMA)), who received the Centre’s delegation with Ms Sophie Vuarlot-Dignac (Head of the Legal and Enforcement Department) and Ms Aurélie Colas (administrative assistant in this department).

The discussions focused on the services provided by the Centre and on the technology strategies that the Centre has chosen to follow in order to better serve the needs of its clients. Both parties agreed on the need to expand multilingualism in the European context, while ensuring that it remains compatible with the inevitable budget constraints. As in many other cases, the general idea is to do more with limited resources.

The Centre’s representatives outlined the ongoing programme to expand the range of services according to the different purposes and quality levels to be obtained with translation, and highlighted the activities undertaken in the area of neural machine translation, in particular the multi-engine strategy and the building of engines in the financial area. The Authority appreciates the potential of the Centre’s relatively new ‘light post-editing’ service and has started to use it for its Guidelines – its main translation activity – which are regularly reviewed by ESMA’s contacts in the national authorities. Other aspects touched upon during the meeting were the forthcoming ‘summarisation’ service, which the Centre intends to offer in combination with translation, as well as video subtitling, transcription and automatic translation.

The visit was a good opportunity for the two relatively new directors to meet bilaterally for the first time, to ascertain that the relationship between the two organisations was strong, and to ensure consensus on the way forward.